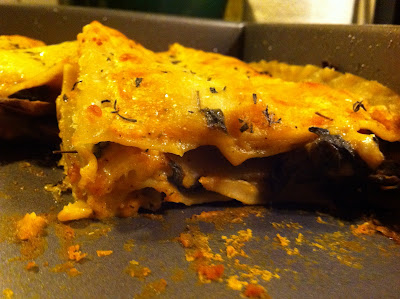 In other news, we got another view of our little guy at yesterday's ultrasound. His head is a bit bigger than normal but still in the normal "range." We've been making fathead jokes ever since. Perhaps we should be spending our time saving money for the therapy he's going to need as a result of our sense of humor instead of cooking!
Posted by Laura at 7:41 PM